What Is Blue Marijuana? 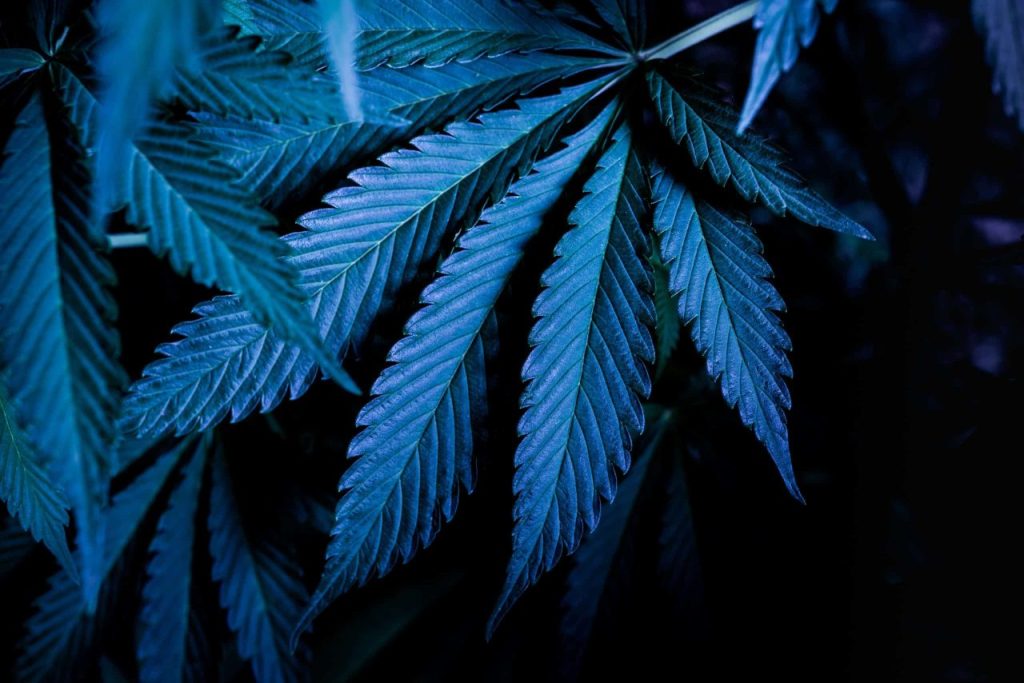 Few buds are as eye-catching as blue marijuana strains. The aesthetics seem like something out of a fairy tale when covered with glittering trichomes. These vividly colored buds result from a well-planned combination of certain genetics and temperature decreases. In the 1970s, the first successfully cultivated blue cultivar was created, ushering in a new strain of cannabis that is still popular today. Let’s look at some of the greatest strains in this category and some high-yielding strains to help you keep your stash stocked.

An overview of blue marijuana strains

All blue cannabis originates from a single genetic line, but the spectacular hue demands particular growth practices. Their cradles may be traced back to the 1970s when DJ Short developed a new strain of Blueberry hybrid in the Netherlands. It became famous in 420 circles and won the High Times Cannabis Cup in 2000.

What causes the blue color in blue cannabis strains

Some strains have blue-colored buds due to compounds called anthocyanins. These are found in all cannabis plants; however, certain strains have a greater concentration. The flavonoid pigment shields the buds and leaves from the sun’s ultraviolet radiation. You can’t tell the difference between conventional green cannabis and a blue marijuana strain during the early stages of growth. In these phases, chlorophyll (the green pigment) is abundant. Blue tints are most common during the blossoming period when the crops are exposed to perfect climatic circumstances. Lowering the temperatures in your grow area might activate anthocyanins in yields with high amounts. The cold reduces chlorophyll synthesis, allowing the blue hue to shine through.

When it comes to cannabis, blue strains tick all the boxes regarding appearance. Here are prevalent blue marijuanas;

The Blue Dream is believed to have emerged from California. Blue Dream is famous for its ease of cultivation. Blue Dream strain is a slightly Sativa-leaning hybrid of Haze and Blueberry. The blue strain Blue Dream is undoubtedly one of the most popular and well-liked strains in the United States. Blue Dream thrives equally indoors and outdoors but grows best outside. However, while cultivating these strain seeds outside, there is a substantial risk of parasite and insect infection. This is why indoor cultivation is preferred.

Nonetheless, the Blue Dream may be grown outside in a Mediterranean or subtropical environment. The Blue Dream blossoming period is 9-10 weeks for the seeds. Additionally, the Blue Dream strain’s development accelerates until it reaches the blooming stage, a sight to witness. After a few productive grows, you may start looking at factors like soil quality to get the most out of your harvest. If you want a higher output and maybe more robust marijuana, try a hydroponics system.

Blue Cookies is an Indica-heavy cannabis hybrid between Girl Scout Cookies and Blueberry. These cannabis strains are known as “Blue Girl Scout Cookies” and “Blue GSC.” The exact creator of the Blue Cookies strain is unclear; however, some indicate that it originated in Washington. Blue Cookies will require some care from a skilled grower, as the broad leaves will need to be pruned back to let light and air reach the plant’s lower sections. Blue Cookies seeds require additional support throughout the flowering phases to prevent the plant from falling over.

Moreover, Blue Cookies blossom for roughly nine to ten weeks and yield a large harvest if properly looked for. Blue Cookies’ blooming period is shorter than many other cannabis strains. A short flowering period might provide a good yield of 12 to 16 ounces per square meter. This cannabis is ready for harvest in the last days of September when grown outdoors in a warm environment. Also, many growers wonder, ‘is Blue Cookies strain exotic.’ This is because of its wonderful classic traits.

Breeders created Blue Cheese strain seeds by combining the world-famous and well-loved UK Cheese, which originated in the United Kingdom, with the equally tasty and well-known Blueberry. Blue Cheese begins to bloom when exposed to less light each day, such as in the fall or when the light cycle is altered indoors. Blue Cheese may be grown both inside and outside. Indoor cultivation makes environmental management easier. Blue Cheese marijuana normally blossoms in 8-9 weeks when grown indoors. Also, Blue Cheese Feminized will grow from 100 to 140 cm. Blue Feminized seeds can reach a height of 140-200 cm when cultivated outdoors, making them somewhat taller than indoor cultivations.

Furthermore, all the inexperienced cannabis gardeners out there may sigh relief since Blue Cheese is a relatively straightforward strain to cultivate. This strain is inherently mold resistant, which is beneficial because Blue Cheese thrives best outside in cold climates due to its origins in the United Kingdom.

Blue Zushi is one of the most popular strains in the world right now, and growing it indoors is the ideal method to ensure you obtain abundant harvests of this high-quality strain. Blue Zushi marijuana blooms throughout the summer and is ready for harvest in early October. If you can grow this strain outside, take advantage of it. While you will have little control over all aspects of the growth, you can let this strain reach its full potential. The increased room and flexibility allowed this strain to grow big and bushy, but the one disadvantage while growing outside is the absence of protection.

Blue Frost is a cannabis strain that blends Blue Monster and Jack Frost characteristics to create a 60/40 Indica/Sativa hybrid. The hybrid Blue Frost is an undeniably gorgeous beauty. Its distinctive minty and deep periwinkle hues set it to differ from other cannabis strains. Furthermore, its buds appear silvery because of the crystalline trichomes that cover it. In the sun or light, this cannabis strain glitters iridescently.

The Blue Frost marijuana strain is regarded as a relatively simple cannabis to develop. It is a resilient crop that can withstand weather swings once it grows. It does not produce many blue buds, yet it is popular among growers. Blue Frost thrives inside and outdoors, and gardeners should maintain a semi-humid environment. Blue Frost requires a lot of sunshine. This strain is ready to harvest outdoors by the end of September. This is a nice alternative for people with minimal space. The plant is stocky, and cultivators should strive to trim excess foliage that may block light or air. By exposing the plant to freezing temperatures late in the development period, the plant’s vibrant colors might come to the fore.

Blueberry is among the most well-known cannabis strains in the world. This is due to its genetics and heritage. Blueberry was developed in the 1970s by breeders as a cross between Afghani Indica, Thai Sativa, and Purple Thai Sativa. Blueberry is a cannabis strain from the “Blue family” named for its blue and purple color. The Blueberry was created by crossing renowned genes, which resulted in a huge shift in the cannabis market that continues to this day, making it a popular alternative among many cannabis producers worldwide.

This Indica strain requires a lot of room because it likes to grow horizontally, making it broad. Blueberry is difficult to produce since it requires a well-optimized living environment. Taking this strain outside and feeding it the best organic fertilizers will ensure it develops into a tall, happy plant. This strain grows quickly indoors, with a typical blooming time of 9 weeks. Blueberries may generate an estimated 18 ounces per square meter during harvest.

Blue Zkittlez or Blue Skittlez is an Indica-dominant hybrid created by crossing Zkittlez and Blue Diamond. Cannabis plants grown from Blue Zkittlez is suitable for beginners. However, you’ll need the experience to get the most out of this strain. These plants may be grown both indoors and outdoors. If you’re looking for the latter, remember that Blue Skittlez enjoys a warm, dry atmosphere. You should stick to indoor gardening if you reside in a damp area. Blue Skittlez cultivated outdoors is available for harvest in early October. It can grow taller than its indoor equivalent, resulting in a larger output.

Where can you obtain blue marijuana seeds?

Begin with high-quality seeds to develop your blue marijuana strains. Premium Cultivars has a vast selection of feminized and autoflowering marijuana seeds. We carry the well-known Blueberry strain, which has been famous since the 1970s for its wonderful quality and quantity. If you have the space, cultivate the original Blueberry indoors or outdoors, or try the smaller Blueberry autoflower. Premium Cultivars seed bank offers high-quality seeds for novice and experienced gardeners. We also guarantee that our blue buds will germinate.

A Blue strain stands out from other cannabis due to its stunning colors. A Blue strain acquires its brilliant color as its blue buds expand, resulting in gorgeous blues that skilled cannabis gardeners adore. Furthermore, their allure begins with their appearance, which varies from strain to strain but includes blue and purple colors.