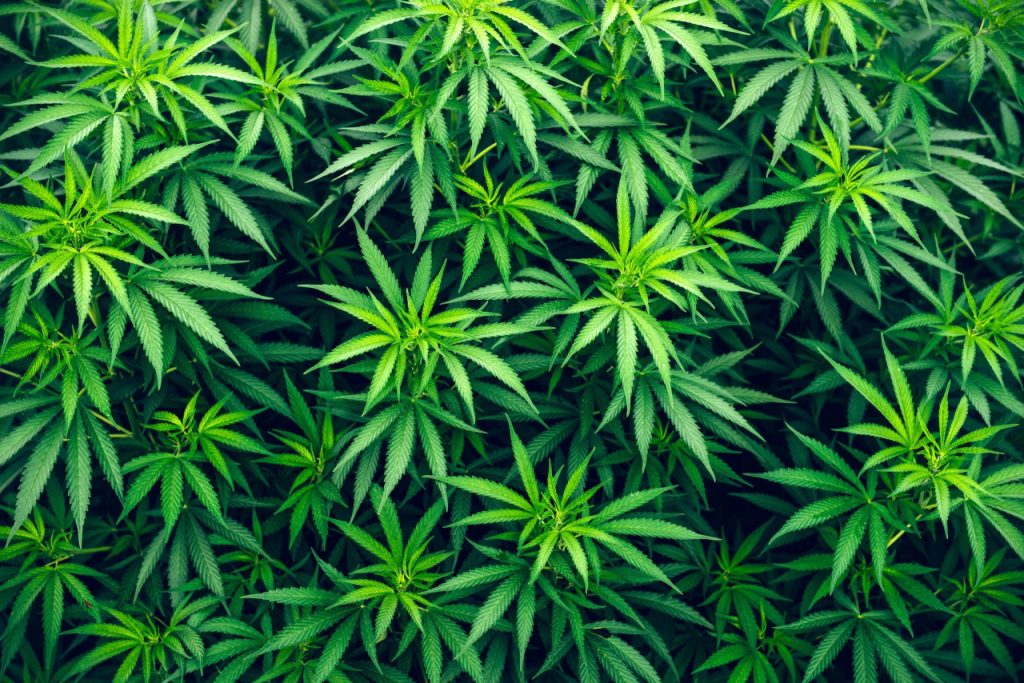 Plants that look like weed are a certain way to get in trouble, particularly if you have curious neighbors. It’s important to be able to tell marijuana from the many other plants that seem similar to it. In addition, you may have a lot of fun learning about them and telling your friends and neighbors all about them before they contact the cops on your tomato plant.

So, how interested are you in learning about thirteen plants that resemble cannabis? This guide should be of help!

In what ways is it useful to distinguish between the real marijuana plant and its imitators?

It’s fascinating to observe how many different kinds of plants look like cannabis. In any case, there are more compelling arguments in favor of learning the distinction. Learning to distinguish between marijuana and other plants that seem similar is important for the following reasons:

Plants that look like weed could cause problems. First off, if you bought the seeds under the assumption that they were cannabis seeds then you will be disappointed. Furthermore, if you have separate gardens then plants that look like weed could be an issue, for example, if you were growing these plants out in the open and not away from prying eyes.

There is a worrying proliferation of counterfeit cannabis seeds. Experts agree that it takes a skilled eye to distinguish cannabis seeds from other plant seeds. Cultivating a plant with the appearance of marijuana might be dangerous. It would help if you learned the difference and only purchased cannabis seeds from a reliable source to prevent this.

To create a unique garden centered on weeds

There’s always a bright side to everything. It’s usually preferable to be able to tell the difference between a cannabis plant and a marijuana look-alike to prevent potential problems. One that’s on the bright side:

T-shirts, mugs, and bumper stickers with marijuana-related designs are only the beginning of what some weed fans collect. Then why not bring your interest in cannabis inside by cultivating a garden with weed-like plants? You and your fellow cannabis consumers may even have a high-tea bash.

Cannabis has numerous unique characteristics, yet it also resembles many other species in important ways. Cannabis has a one-of-a-kind appearance, although many other plants have similar leaf shapes and stems. The distinctions are readily apparent for those familiar with the subject matter, while novices may be confused. For this reason, farmers of cannabis in the open air might employ these plants as camouflage.

Just because a plant looks like cannabis doesn’t mean it will mask the terpenes in your bud. Additionally, neighbors may mistake them for real cannabis vegetation and report them to the police. Check out the following list if you’re interested in cannabis imposter plants for your marijuana garden. If you’re interested in growing cannabis but find yourself in a restrictive environment, these plants are a great alternative.

When the leaves of these fragile plants are still green in the spring, they are often mistaken for cannabis. It has some of the most obvious parallels to the marijuana leaf. The leaves, which start wide but narrow toward the tips, are a famous example of a weed’s five-pointed design. The Japanese Maple’s distinctive feature is its summertime reddish-orange leaves. Despite its resemblance to cannabis, it does not have the same properties.

Scarlet Rosemallow (or “Texas Star” hibiscus) is a great alternative if you want to add the sophistication of cannabis to your garden without the overpowering scent or the danger of being caught. The Malvaceae family includes this resilient shrub, found throughout the Southeastern United States coastal plain, flourishing in wet areas such as swamps, marshes, and ditches. The plants reach 180–240 cm heights, making them higher than tiny Indica and autoflowering seeds but still short of becoming true Sativas.

Perennial growth is typical for Scarlet Rosemallow. It dies when the first frosts hit but quickly springs back to life as the weather warms up again. Beautiful five-petaled blooms are produced by this plant, luring in pollinators, including hummingbirds, butterflies, and bees. In addition to its showy flowers, the plant has massive (12-15cm wide) leaves that, because of their long, narrow leaflets, give it a strong cannabis vibe.

While Scarlet Rosemallow may seem similar to cannabis at first glance, experienced eyes will quickly spot the distinctions between the two plants. Hibiscus Rosemallow leaves typically have five leaflets, whereas cannabis leaves often have between 7 and 9. (3 large and two small). Not all members of this species look like cannabis; some have tiny, narrow leaves, while others have bright red stalks.

There are a few essential growth tips for this plant that you should know if you wish to include it in your garden. Since Scarlet Rosemallow originally grew in a marsh, its roots should be kept damp at all times, particularly in the summer when temperatures soar. A plant’s root system may overwinter even if its above-ground components die off in the winter. Cover your garden with several inches of mulch in the fall to keep the soil warm and wet.

The Chaste Tree may be mistaken for a weed that just returned from the salon. Its leaf arrangement is similar, but the blades are smooth and tender. Because of its form, this plant might easily be mistaken for a weed. Several green, pointed leaves are clustered at the top of each stem, and the branches are all attached to a thick trunk. After the tree has reached maturity, its brown trunks and lilac blossoms in late spring make it obvious that it is not weed.

You will not be disappointed with Spider Flower if you’re looking to hide weeds or enhance the aesthetic value of your landscape. In its early stages of growth, this plant looks almost identical to cannabis. It has a dark green color with seven leaflets, and its branches are somewhat thin. If you plant your cannabis at the right moment, you can sneak it in among the other flowers without anybody noticing. Close inspection of the leaves is required for accurate identification of these species. What’s the dead giveaway? The leaves of a cannabis plant have jagged margins, whereas the leaflets of a spider flower are soft and rounded.

Certainly, as the Spider Flower develops from its vegetative state into its blossoming form, it gradually takes on a quite different appearance. It grows a big, thick main stem with the odd leaf sticking out, but the canopy isn’t as dense as typical cannabis.

This annual species grows to a maximum height of 1.5 meters and a width of no more than 50 centimeters. Soil that drains effectively and exposure to the south or west are essential for plant growth. Nonetheless, they are not pH-selective and may thrive in either acidic, alkaline, or neutral soil.

It’s easy to mistake Cassava for weed, but a closer inspection will reveal its true identity. Each limb has seven leaves that are vibrant yellow-green. Because of its red stems and roots, people sometimes mistake it for weed.

The tubers, or roots, are very toxic when raw but may be safely consumed with proper preparation. They may be found in meals across the globe, from the yuka fries of South America to the boba tea of Taiwan. Cassava has several positive health effects due to its high vitamin C and carbohydrate content.

Like cannabis, it has a star pattern, rough edges, and distinct veining. It has many characteristics of hemp while looking like marijuana. It is one of the world’s strongest fibers called “Deccan hemp.” Kenaf has white and scarlet flowers when it blooms; therefore, it can’t be mistaken for cannabis.

You can confidently answer questions about your garden from your curious neighbors while enjoying these tasty minty leaves. Dark green mint leaves are arranged in compact clusters of four or five down the length of the plant’s vine-like stalk. What’s that, you say?

Although mint plants may seem like cannabis, they should not be smoked under any circumstances. Try Super Silver Haze Auto seeds if you’re looking for a strain that produces buds with a little mint flavor.

Mugwort, or “common wormwood,” is a tall, erect shrub with narrow leaves. The undersides of the forest’s green leaves are coated in silvery wooly hairs. If you’re not familiar with cannabis, this plant can seem like it has resin-covered buds with strains like Gorilla Glue seeds.

Traditional folklore holds that Mugwort is a plant of good fortune, but using it carelessly may result in a run-in with law enforcement. Not only does it smell and look a lot like marijuana, but it also has comparable medical properties.

This fragrant Italian herb is often used as a pizza topping, but it may easily be confused with the herb you smoke. The color is a somewhat less intense green than that of cannabis plants, but the leaves are otherwise identical in shape and form. Slightly serrated edges and a rough, comparable feel may fool anyone. You may conceal your Oregano plant by growing this marijuana imposter in a pot and placing it on a sunny window sill in your kitchen.

Once, a building worker at an apartment complex phoned the authorities after seeing what he thought were marijuana plants growing on the roof. Of course, tomato plants don’t look like cannabis, you’re thinking. Even the police investigator sent to investigate these potentially dangerous salad greens had doubts. After some time, the investigation into the matter was finished. A 79-year-old lady had her dogs taken into custody when police broke into her home because they thought the tomato plants in her window were weed. They smashed her home to pieces as well.

Tomato plants and cannabis plants have something in common: green leaves. Let the neighborhood know if you’re growing what may be mistaken for marijuana in a pot. Consider labeling your herb garden so the cops won’t have to bring in a botanist to identify the plants (or arrest your dogs).

You now know the answer. To the best of your abilities, you can hide your cannabis crops among the bushes, shrubs, and trees that share visual traits with cannabis. Small to medium-sized strains of cannabis may be grown next to young Japanese maple trees; a thick kenaf hedge can hide giant Sativa plants.

Some plants that look like weed could also make for perfect companion plants for cannabis.